2015 could be the year the Medicare Sustainable Growth Rate (SGR) problem, more commonly referred to as the “Doc Fix,” is permanently taken care of by Congress. A bipartisan endgame to the unpopular cost-saving formula both parties have been hesitant to deal with has Medicare providers anxious about payment changes, and Medicare members are concerned about possible increases to their premiums or deductibles in light of a repeal.

McClatchyDC, an online newspaper covering politics, reported Friday that a bipartisan bill that would replace the SGR and create a 0.5 percent pay increase for the next five years was unveiled. The bill would adopt a payment model based more on quality of care than volume of care, and it would also require physicians to receive a minimum amount of payment through the Alternative Payment Models by 2020, McClatchy reports.

News outlets have noted how unusual it is for House Speaker John Boehner (R–Ohio) and Minority Leader Nancy Pelosi (D–Calif.), oftentimes each others’ political adversary, to be working together to repeal the “Doc Fix.” The Associated Press reported earlier this week that the two leaders have been meeting to form a strategy to block a 21 percent cut in Medicare provider payments that would go into effect on April 1 if no action is taken. They are also interested in continuing funding for the Children’s Health Insurance Program, which works with state Medicaid programs to assist low-income children nationwide.

In addition to seeing a 21 percent pay cut, many Medicare Advantage providers who have their reimbursement level tied to rates under Original Medicare could also see cuts if an agreement is not reached.

Year after year, addressing the issues posed by the Medicare Sustainable Growth Rate (SGR) has proven to be a tough pill for Congress to swallow. There’s a possibility it could be repealed this year in a new bipartisan effort.

For the past 18 years, lawmakers have delayed the SGR from taking effect to incentivize doctors to continue providing services to Medicare members. SGR was formulated by Congress in 1997 to reduce the federal deficit by basing Medicare provider payments on economic growth, the Kaiser Family Foundation notes in a special FAQ about the “Doc Fix.”

“In 2002, doctors were furious when they came in for a 4.8 percent pay cut [under SGR],” Kaiser says in the FAQ. “Every year since, Congress has staved off the scheduled cuts. But each deferral just increased the size of the fix needed the next time.”

According to Kaiser, the Republican-controlled House and Senate would need to find a way to pay for up to $70 billion of a $200 billion reform package. One possibility is increasing Medicare Part B premiums for higher-income beneficiaries ($80,000 or more per year for an individual) and requiring all Medicare Supplement members to pay a $250 minimum deductible on an annual basis.

Repealing the “Doc” Fix is explicitly mentioned in President Obama’s budget proposal for the next fiscal year and may be alluded to in the Republican proposal.

This is not the first time hopes have been high to fix the “Doc Fix” once and for all. NPR reported in 2013 that multiple bills were passed by the Democrat-controlled Senate and Republican-run House to repeal it. Interest groups representing the medical industry and Medicare members voiced opposition to them, though, because they did not want to see doctors and seniors pay for the issue Congress brought on itself by continuously putting off the SGR from going into effect.

In a press release dated January 22, 2015, AARP, the nation’s largest senior interest group, expressed its position on current efforts to end the SGR:

“[A]ny SGR proposals should not include shifting costs onto Medicare beneficiaries through higher cost-sharing or reduced benefits,” the release said.

According to the press release, AARP president-elect Eric Schneidewind has testified before Congress on behalf of seniors, saying the group “firmly believes that any discussion of offsets to pay for Medicare reimbursement reform must include savings from prescription drugs.”

Our Director of Sales, Training and Compliance, Rob Bever, contributed to this post. If you have further questions about the “Doc Fix” and how it may affect you and your clients, give us a call at (800) 997 3107. Subscribe to our blog for more updates! 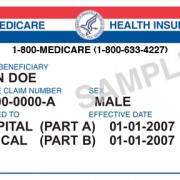 What you need to know now about the “Doc Fix” repeal

What’s going on with the Medicare Part B premium? 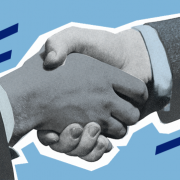 The straight facts on observation status and Medicare