Any agent who’s been working as long as I have with Medicare beneficiaries has stories to tell. Some are heartwarming, some are humorous, some perhaps are disturbing and others are just heartwrenching. I could spend all day telling you all about the experiences I’ve had, but let’s get serious for a minute.  The story I have for today is about elder abuse or neglect, and highlights why it’s important for independent senior insurance agents. I encourage all agents to take a moment to read up on their state’s Department of Economic Security/Adult Protective Services (DES/APS) resources, and here’s why.

As an employee agent with a large national carrier some years ago, I was blessed to work with an in-house social worker team. We had great training on what to watch for and which situations we should report to the team. I was lucky to make a few reports of what I considered shocking situations regarding the physical welfare or emotional state of a Medicare beneficiary to the team. They knew who to contact among government and assistance agencies.

Well, for about the last 15 years I have worked as an independent agent without having recourse to that wonderful team. Just last year a “new to Medicare” client who was also eligible for a Dual Special Needs Plan was referred to me. She was obviously in distress.

This client had recently been granted permanent resident alien status and full Medicare-Medicaid eligibility through her American husband’s U.S. citizenship (He was born in the United States but had moved back to India, where they later met and got married). Shortly after the couple relocated to America in 2013, the husband passed away. There were no other family members my client could turn to — they were all back in India.

She was barely literate and had never acclimated to American life, living in a condo she had owned with her late husband. It was falling into neglect, and the power and water had been shut off. My client only had natural gas service to her unit, and she was gathering water from the common area hose. You get the picture — she needed some help.

I reported the situation to Arizona Adult Protective Services (APS). I made the referral online on an anonymous basis because there was no second party abuse or exploitation. I will add that all reports are confidential in my state.

The next time I visited with my client her condo was spic and span, hooked up to full utilities. She was now connected to a number of other services as well. Most importantly, she had been assigned a social worker that spoke fluent Hindi, her native language.

Help is out there for vulnerable seniors, and we Medicare agents can do our part in facilitating the connection. Self-neglect becomes a major issue as people who live alone or do not have close family members age and deal with health issues like dementia. Seniors also face the risks of exploitation and abuse — be it financial, physical, emotional or sexual. A nursing home does not protect them from these risks, either. APS works with law enforcement, courts, non-profits and other groups to protect seniors.

Take a minute and check out your state’s APS website because you never know if you will encounter elder abuse or neglect in the field.

RBI takes the welfare of the members we help very seriously. If you encounter elder abuse or neglect, and don’t know what to do about it, please call our office at 1-800-997-3107 and ask for advice! 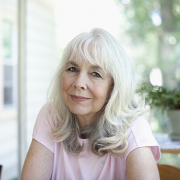 Dementia can affect how you sell senior insurance

The straight facts on observation status and Medicare